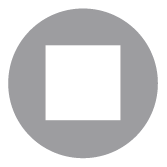 The field of nature photography is disproportionately male, and far fewer women than men enter wildlife photo competitions. BigPicture is proud to be a women-led and jury chaired photography competition with gender-balanced judging panels. We’ve awarded and celebrated the work of over 50 women wildlife photographers since its inception in 2014. But collectively, we need to do more to address this broad and complex issue of gender imbalance in wildlife photography. We’re continuing to find ways BigPicture can make a bigger impact. If you have ideas for how we can help, email bigpicture@calacademy.org.

In the meantime, we want to encourage more women to enter the competition this month with a special February offer of 50% off entry fees for women photographers. Use promo code WILDWOMEN before checking out.

Judges: Led by jury chair Suzi Eszterhas since the competition’s inception in 2014, our judging panels have always featured incredibly talented women—and in the last 5 years we’ve ensured that at least 50% of the panels consisted of female judges. 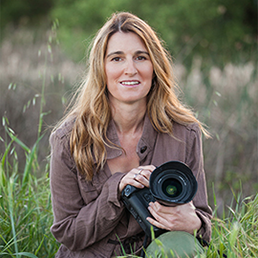 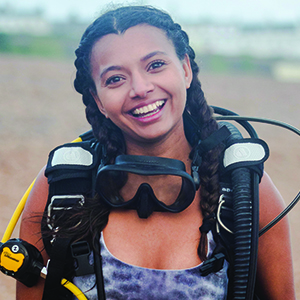 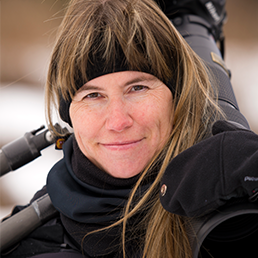 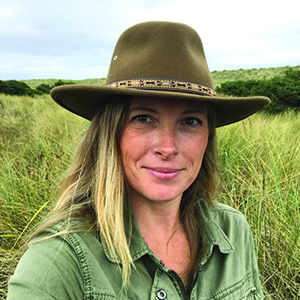 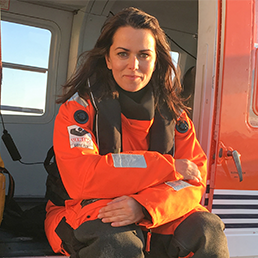 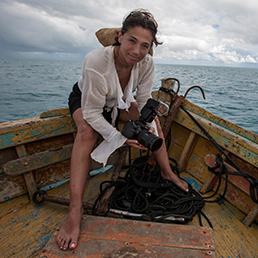 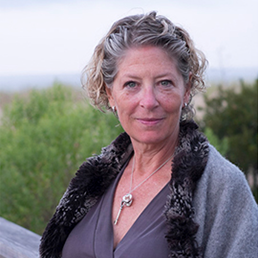 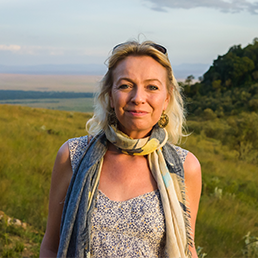 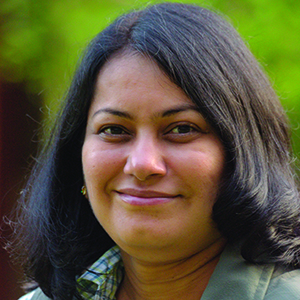 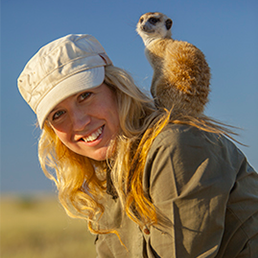 Winners and Finalists: We’ve awarded 53 female winners and finalists, which includes 4 Grand Prize winners (out of 8). However, overall that makes up only 15% of total winners and finalists, which is not enough—we know we have more work to do here. Our new submission platform now provides more visibility into entrant demographics and we’re also seeing women are disproportionately represented in entries; we’ll be monitoring trends moving forward. 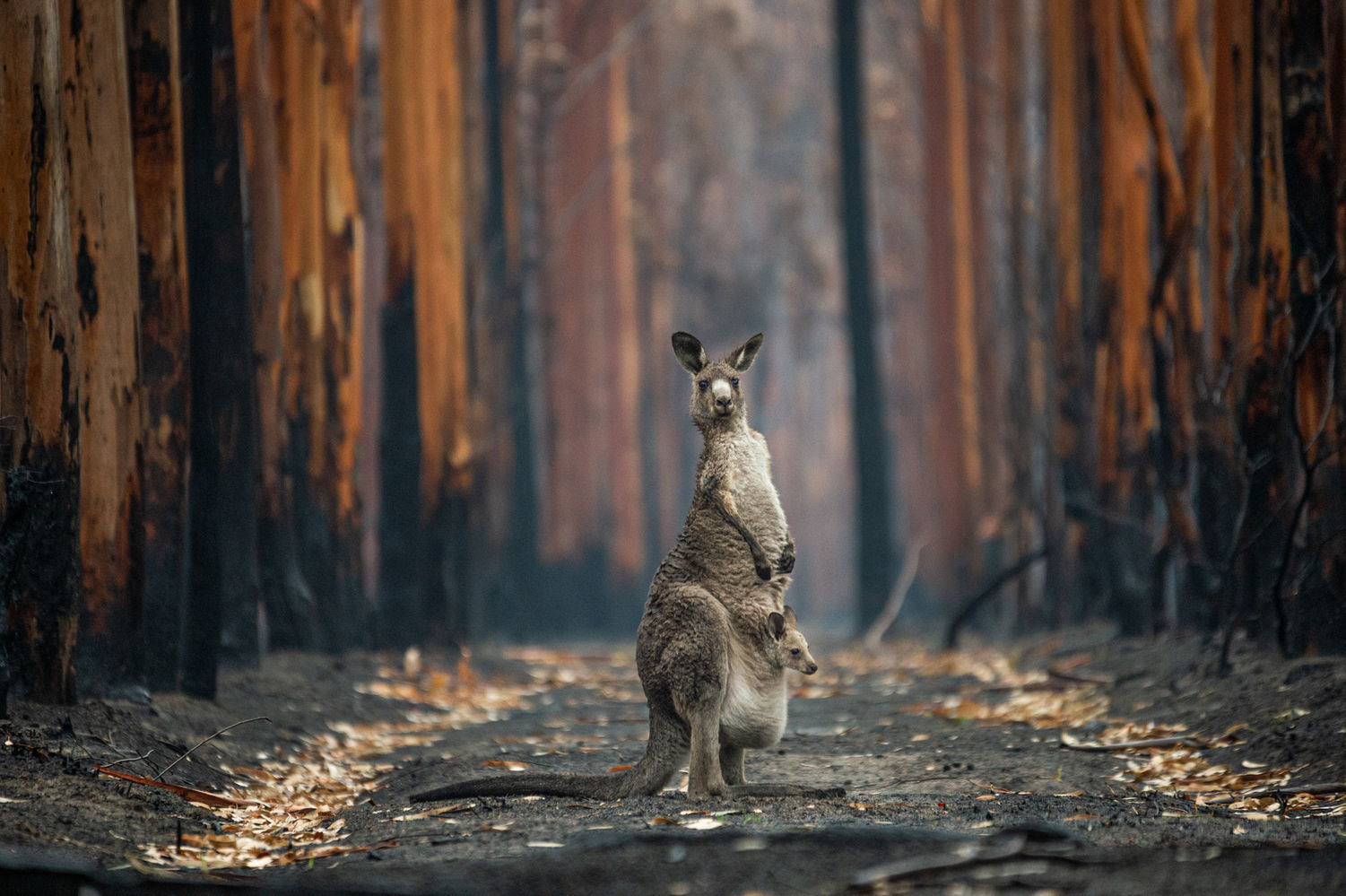 Iconic Australia is captured in this particular moment as a resilient kangaroo pauses in a burned eucalyptus plantation. Nearly three billion animals perished or were displaced in the cataclysmic Australian bushfires of 2019 and 2020. This eastern grey kangaroo and her joey represent the lucky survivors, escaping from an area that had been transformed by humans for farming and then devastated by fire. 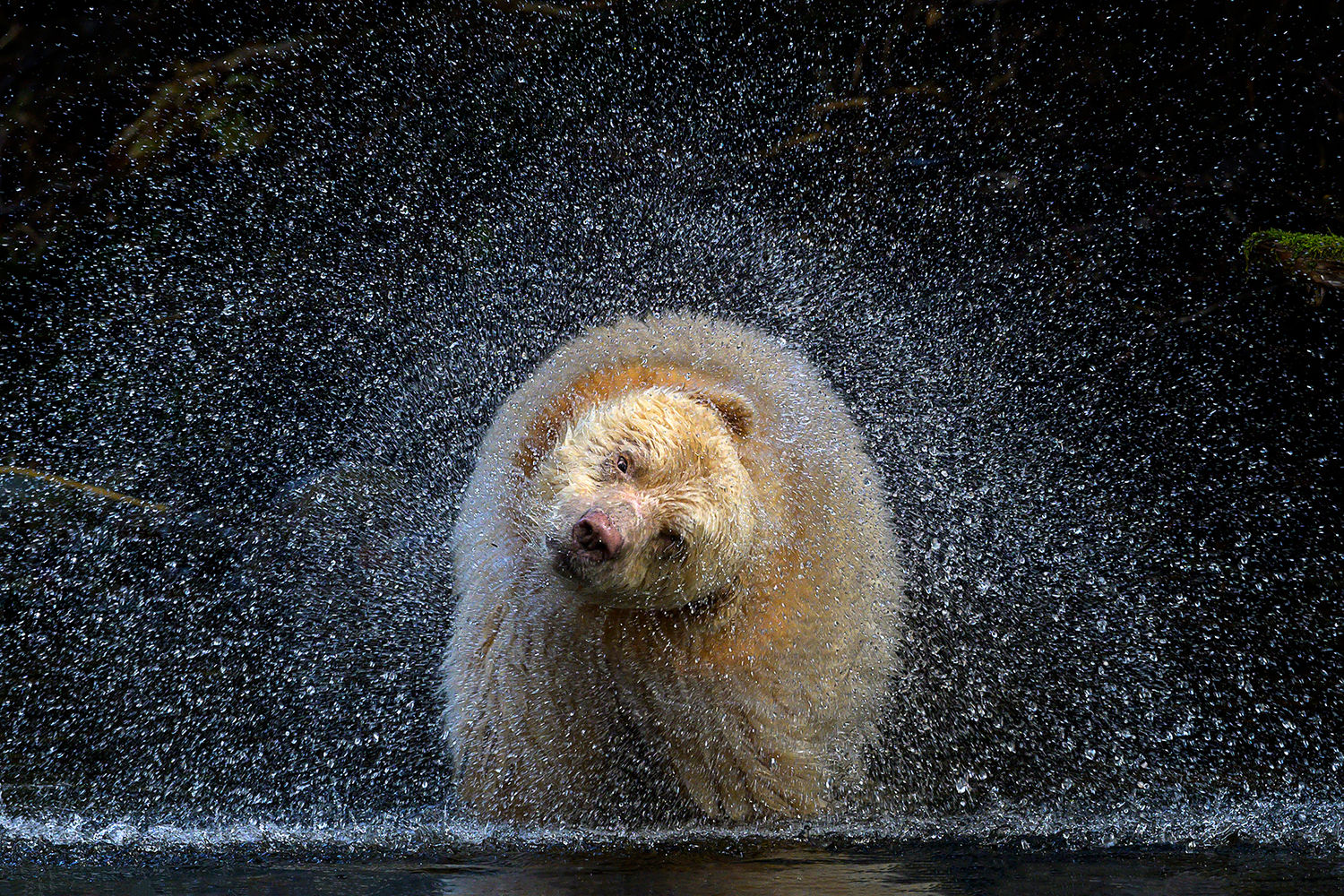 This spirit bear, one of only a few hundred white bears in this subspecies of black bears in the coastal rainforests of British Columbia, is known by the name “Boss.” After lowering his head into the river in search of salmon roe, he pulled his head up and shook, droplets spiraling around his head, looked at the photographer for a split second, and then plunged back into the water for his meal. 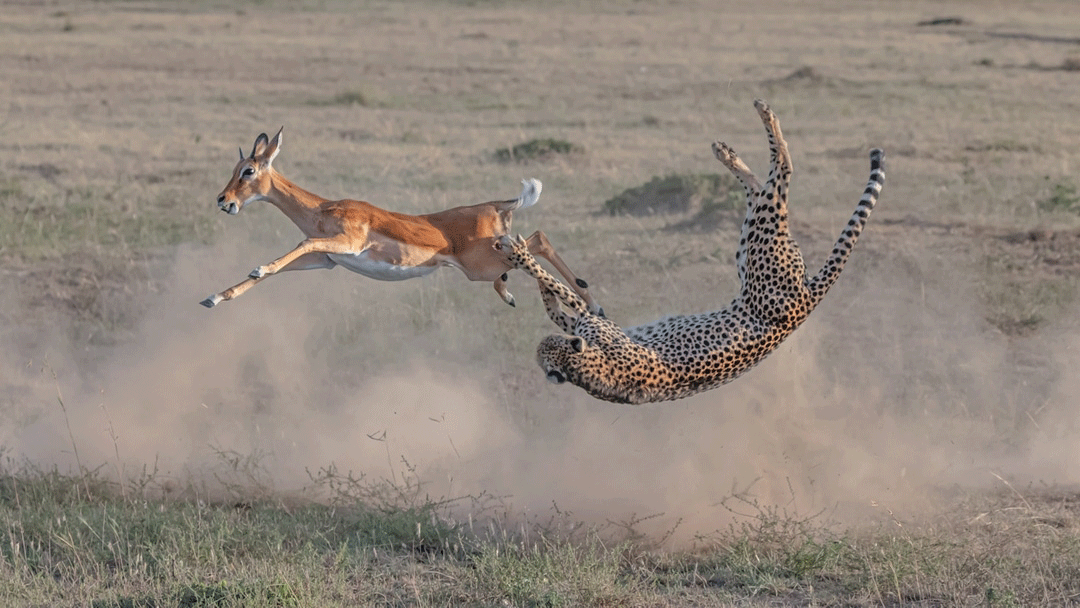 In a split second, Liu documented the paradox of risk and reward inherent in any large carnivore’s pursuit of prey. Even for the cheetah, the fastest land animal on Earth, high-speed chases require incredible energy. A potential injury could cost future meals, but the benefits of nutrition loom large. According to Liu, this cheetah landed its maneuver unharmed and pinned its target—a successful calculation of energy spent hunting versus energy earned eating. 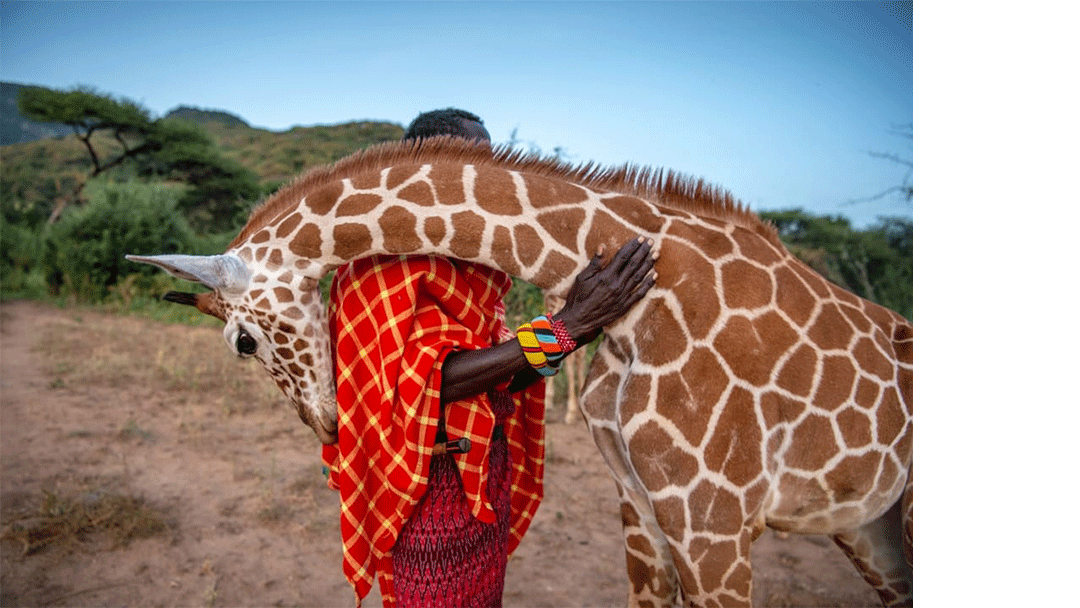 In northern Kenya, the pastoral Samburu people are transforming their relationship with animals long feared. As poaching reduced numbers of elephants, rhinos, and giraffes, the Samburu realized their livelihoods also suffered. To counter the effects of poaching, the community launched the first Indigenous-owned and -operated sanctuary in Africa. One decade later, several sanctuaries provide an oasis where injured orphans can heal before rejoining wild herds. Here, an orphaned reticulated giraffe embraces wildlife keeper Lekupania. “The bond Lekupania has with every creature is beautiful,” says Vitale. “After the giraffes return to the wild, they come back looking to visit him.” 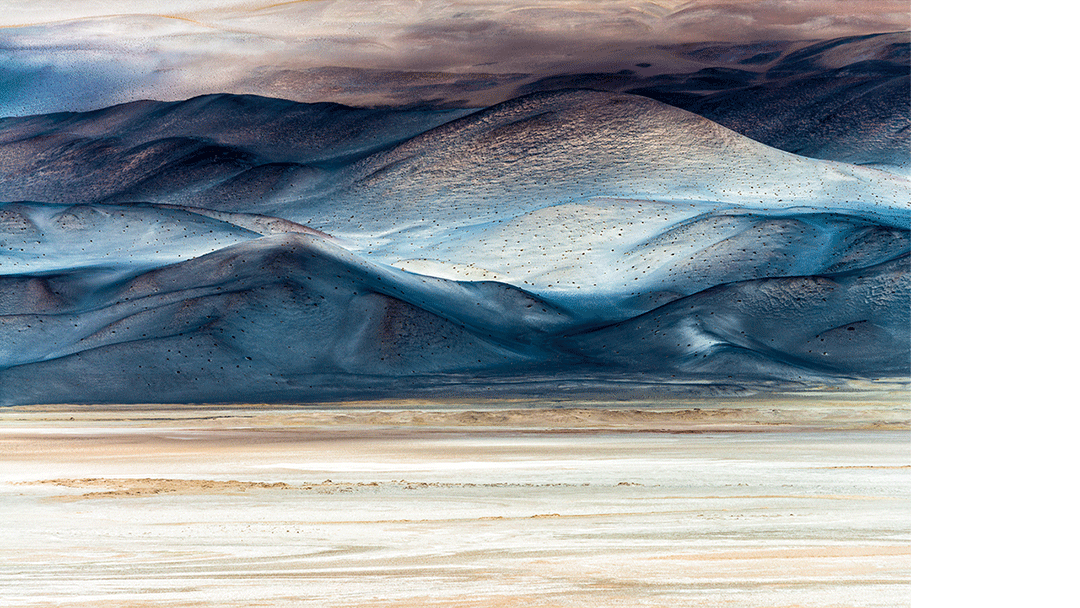 On an assignment for a travel magazine, Salvadori visited the Salar de Antofalla, an enormous, dried salt lake bed on the high, arid plains of northwestern Argentina. Traveling in an off-road vehicle, she witnessed a constantly shifting, otherworldly terrain. “With its absence of humanity and stunning silence broken only by sounds of the wind, the landscape seemed painted by an artist,” she says. “The colors changed and were shaped by the shadows of the clouds that flowed fast in the sky.” 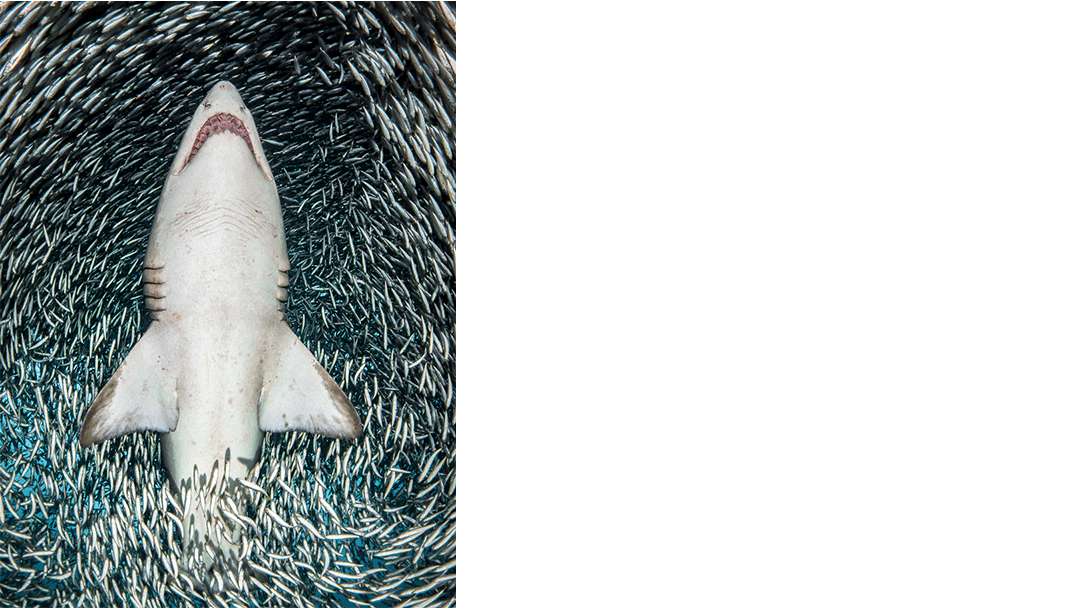 The wreck of a World War II–era cargo ship is a popular hangout for fierce-looking, yet docile, tiger sharks. As Houppermans swam through a giant school of baitfish, a sand tiger shark slowly passed above. The photographer flipped on her back to capture this remarkable view as the dense cloud of fish parted. “It was beautiful and peaceful, two words that most people don’t associate with sharks,” she says. 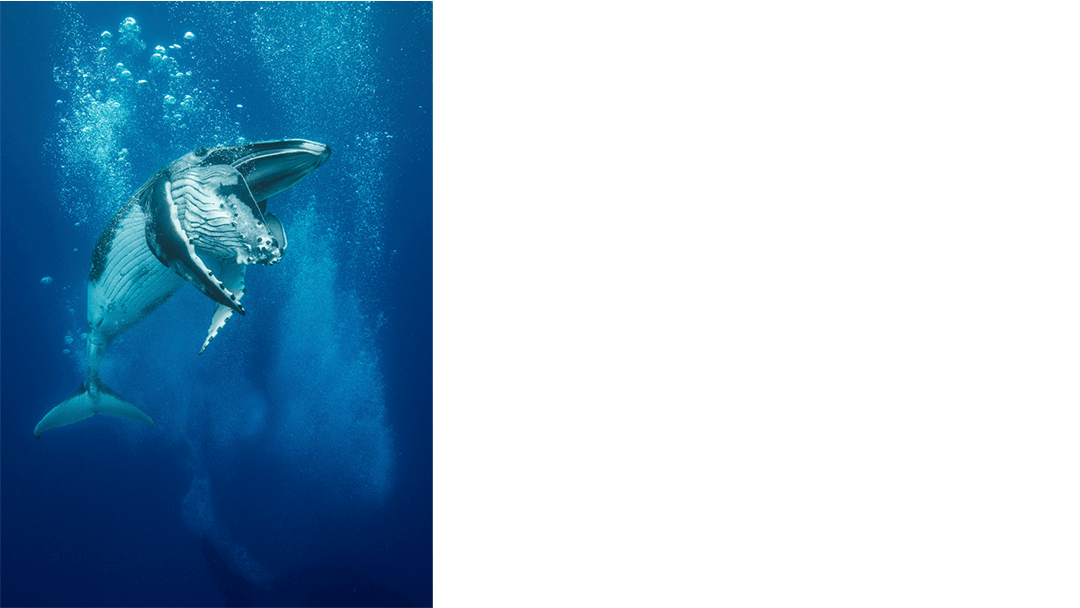 Ascending toward the surface for a breath, a humpback calf looks as if it’s playing in an effervescent cloud. The bubbles emanate from mom below. But the youngster may just be learning to open its mouth wide, which helps with feeding. Although we should be careful not to anthropomorphize animal behavior, Capozzola says, “this seemed to be the happiest, most playful humpback calf I have ever seen.” 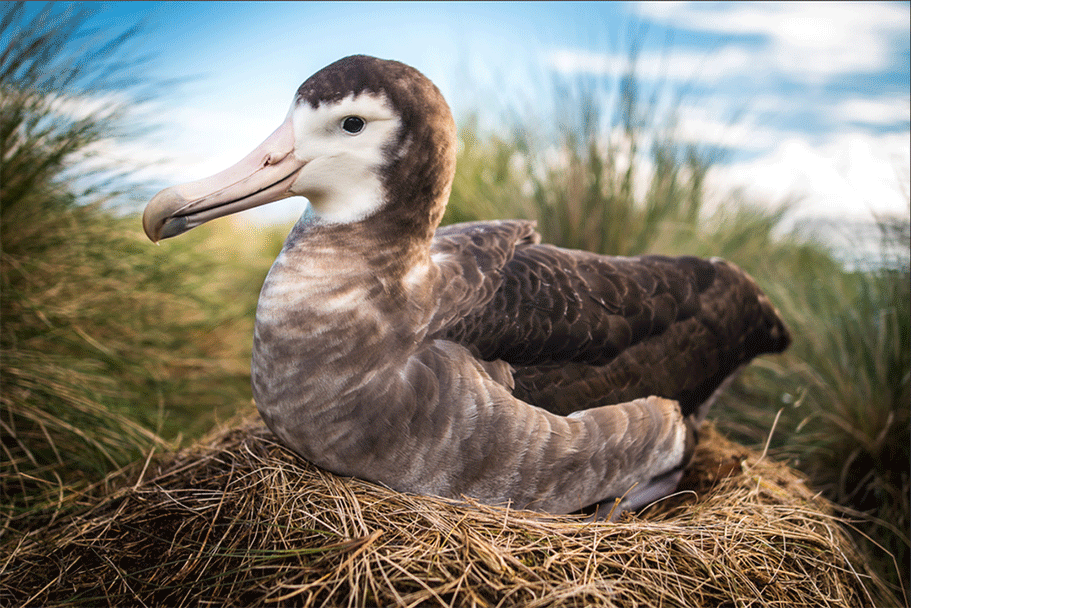 Amsterdam Island, a  tiny volcanic island, is Earth's sole nesting site for the magnificent Amsterdam albatross.Thirty-five years ago, French researchers documented nine remaining mating pairs of Amsterdam albatross—a shockingly small number, which solidified their critically endangered status. Today, thanks to conservation efforts, the total population has grown to around 216; roughly half are of breeding age. Here, a  female albatross incubates an egg while her mate forages at sea. The birds may live three to four decades, and lifelong breeding pairs reunite on the island every two years. 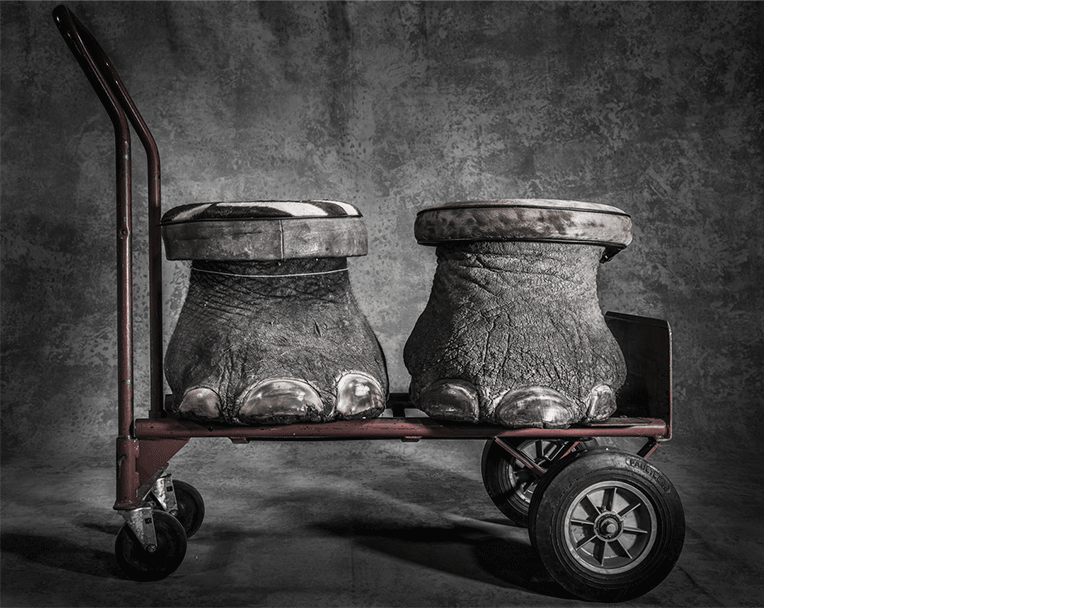 These elephant feet are grotesque evidence of the mass slaughter of an iconic species—brutality fueled by explosive growth in illicit wildlife trafficking. Authorities seize illegal animal products at airports and borders every day. Jaschinski photographed these foot stools (which are covered by other animal hides, including zebra) at a U.S. Fish and Wildlife Service warehouse filled with roughly 1.3 million confiscated items. She used a hand-painted backdrop because she “wanted to somehow give dignity to the objects and pay respect to the animals who lost their lives.” 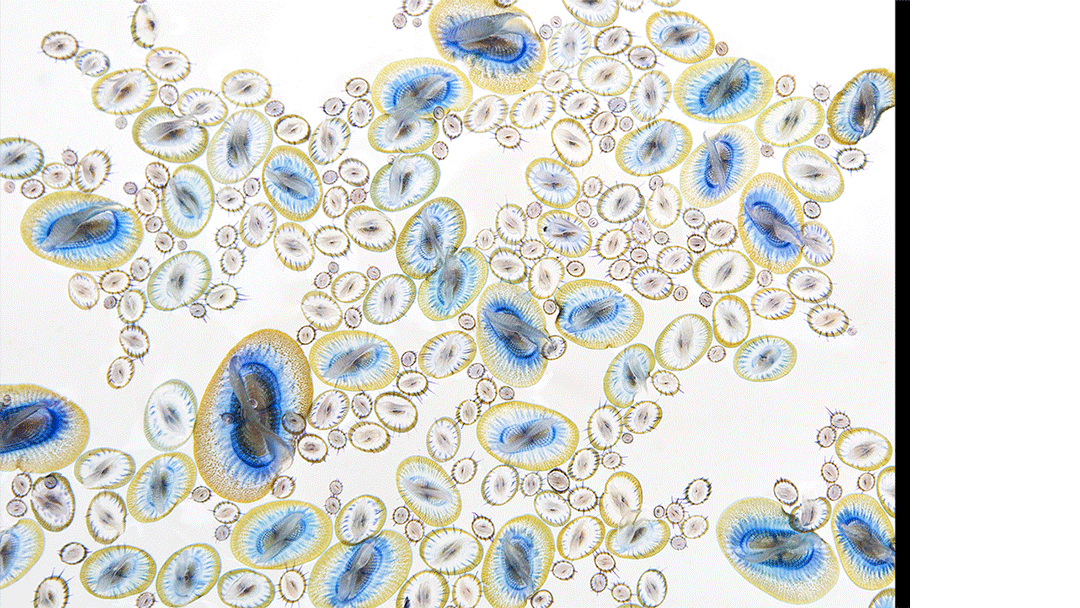 During a whale-watching cruise in Monterey Bay, Frediani was mesmerized when a naturalist scooped up a pailful of by-the-wind sailors: jellyfish relatives that sport paper-thin sails atop cobalt-blue platforms. The bucket proved a perfect mini-studio. “I love how the low-tech method, using just a bucket filled with sea water and my teeny subjects, can showcase their charm—and lead to images that look as if they were made through a high-powered microscope.” 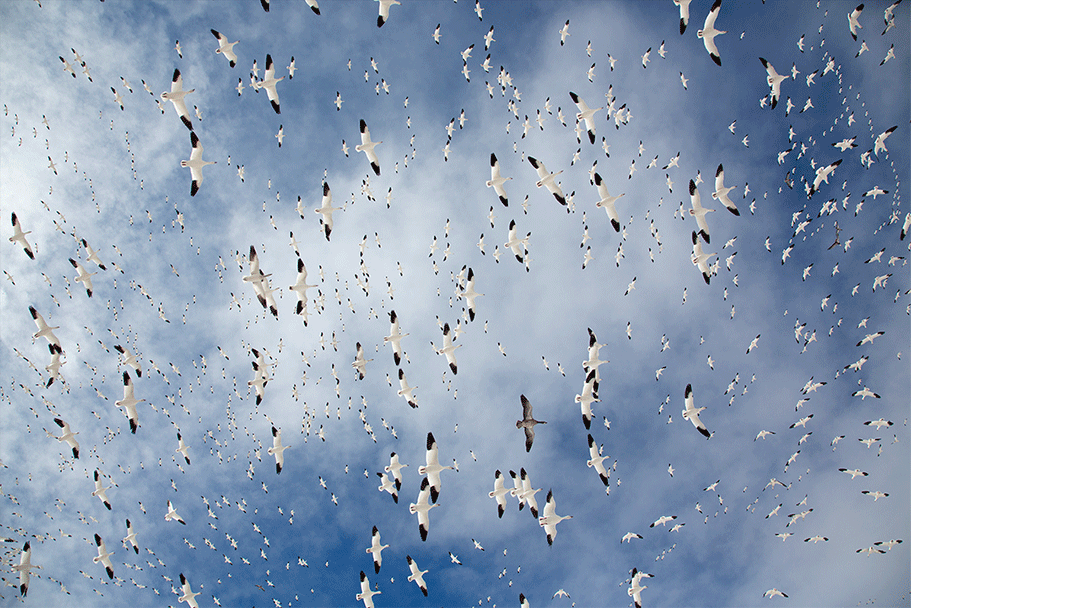 A swirling storm of snow geese fills the sky high above Bosque del Apache. Tens of thousands of migratory waterfowl overwinter there each year in marshes and farmlands along the Rio Grande. On a rare snowy day, Ippolito spent 12 straight hours photographing honking flocks of geese—including the occasional “blue” snow goose with dark plumage—as they formed marvelous patterns in the air. “I watched the birds blast off and take flight over and over again, like a grand show.” 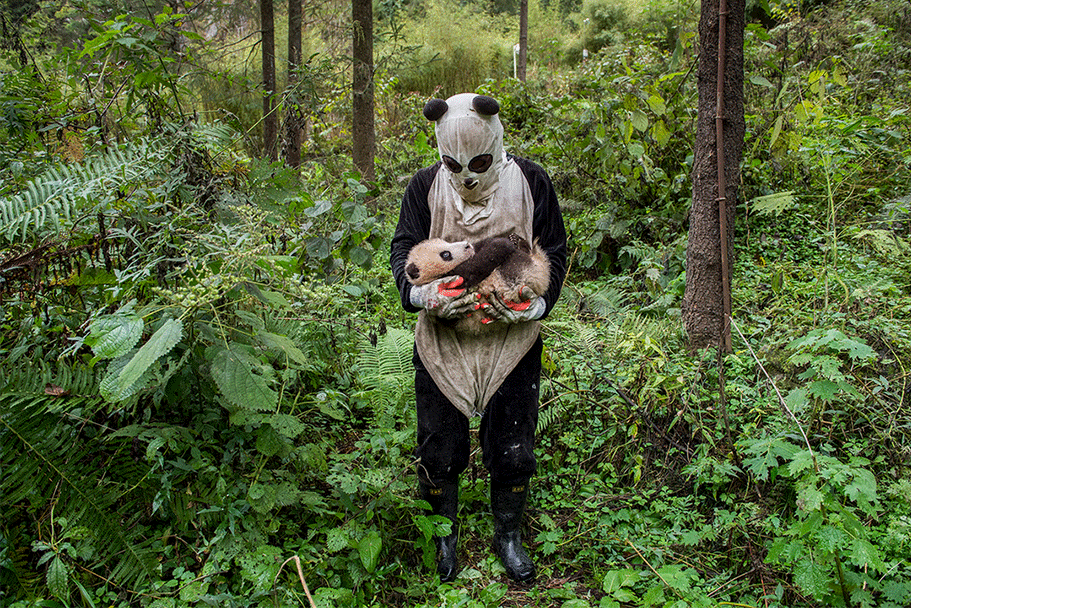 A panda cub gets a rare hands-on checkup at the Hetaoping Wolong Panda Center, where a government program is training captive-bred bears to survive in the wild. Workers don costumes scented with panda urine to keep the animals from getting used to humans. Thanks in part to China’s forest-habitat protections, this iconic bear was de-listed as an endangered species in 2016. But with only a few thousand in the world, the species remains vulnerable. 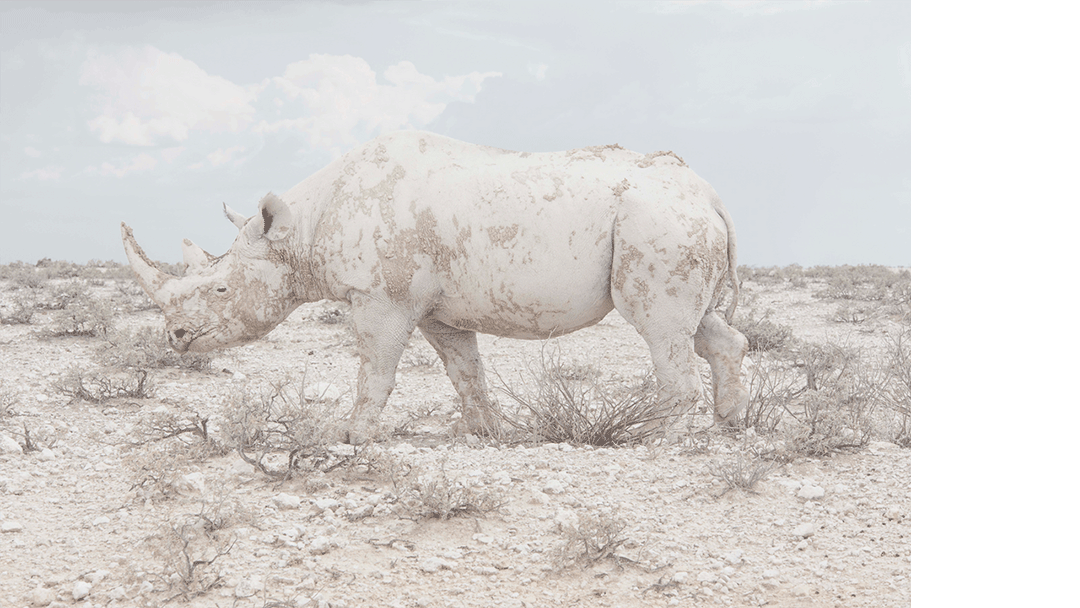 A solitary rhino greeted Lavigne as she drove along Etosha’s parched salt pan, the remains of an ancient lake.White dust covered everything in sight, including the rhino, which was caked in dried mud. The image “feels and looks logical because of the different structures and colors that seem to go perfectly together,” Lavigne says. It was an unforgettable close encounter with a magnificent yet threatened animal. “My heart felt like it was going to explode from adrenaline.” 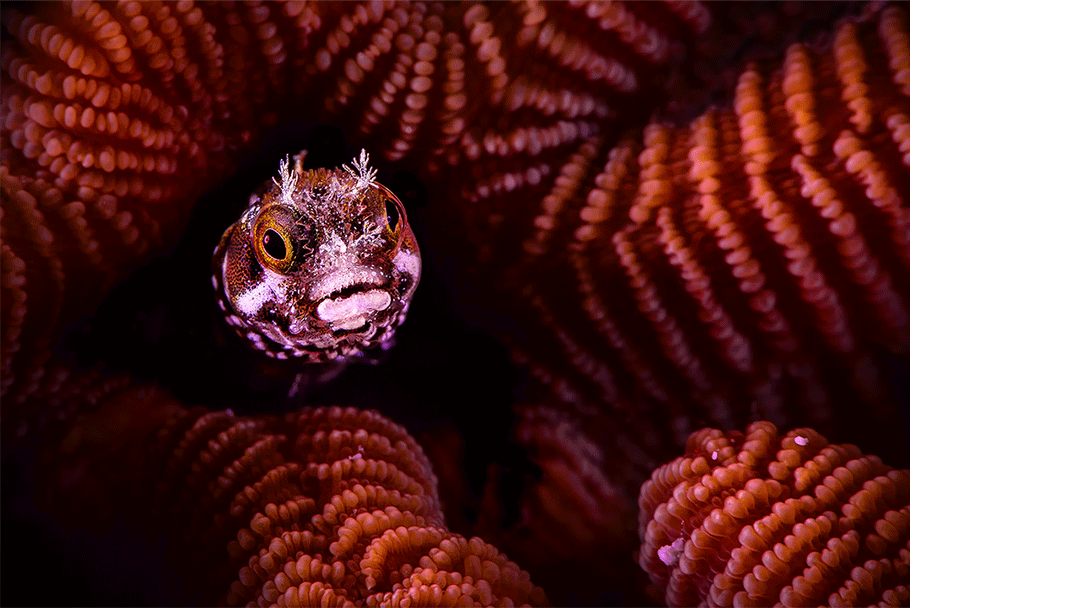 During a dive amid the reefs off the Caribbean island of Bonaire, Watson spotted this pristine and gorgeously patterned stony coral. It was a perfect photographic backdrop for a subject, if she could find one. Soon enough, a spinyhead blenny obliged: “It didn't take long to find this little guy. He was in a convenient location, burrowed in on top of the coral.” 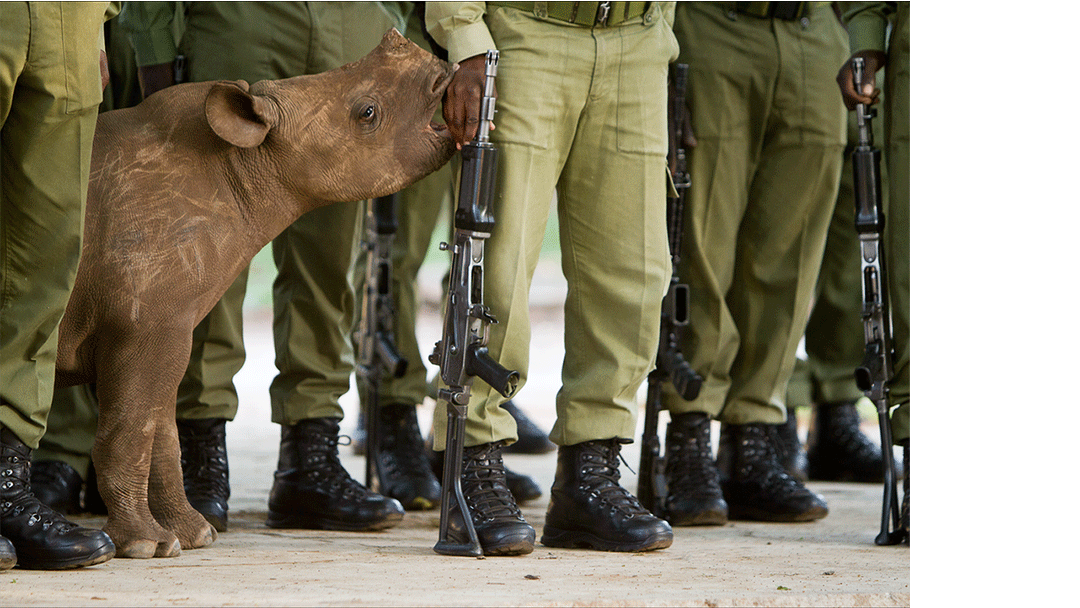 When a black rhino calf was found lost and dehydrated, it was brought in for rehabilitation at the Malilangwe reserve. The wildlife reserve’s anti-poaching scouts are caring for it until it is old enough to look after itself. Illegal hunting of black rhinos for their horns in Africa has almost extinguished the species. 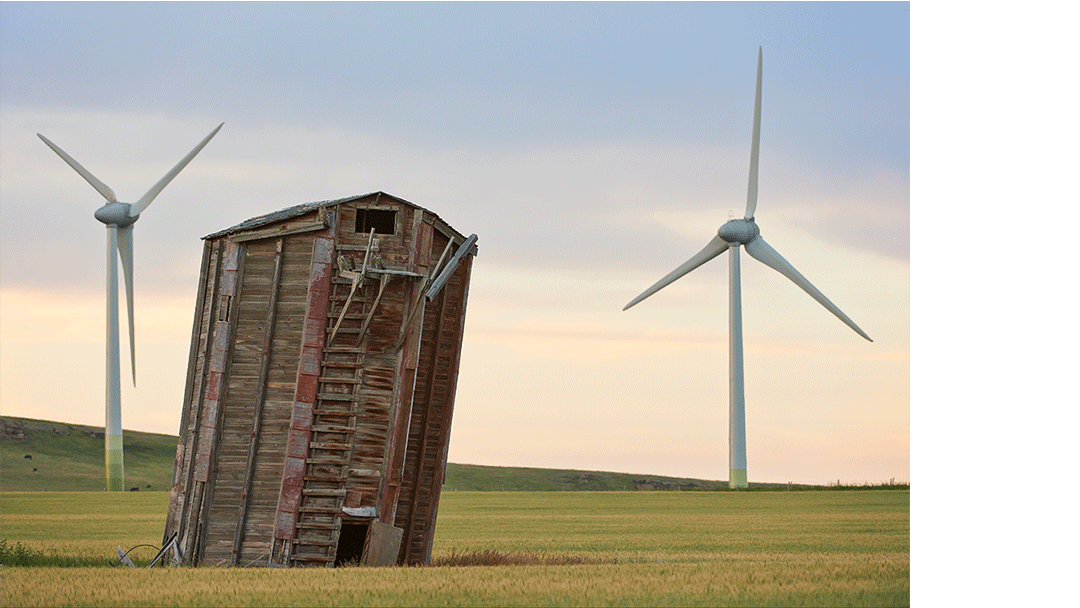 In a windblown, rural area of southern Alberta, a weathered granary provides shelter to three great horned owls. “While it was exciting to spot these owls near our home, I didn't like that they were so close to the turbines because of the devastating effect those have on bird populations every year. I guess the owls have to learn how to live with them as wind energy continues to expand.” 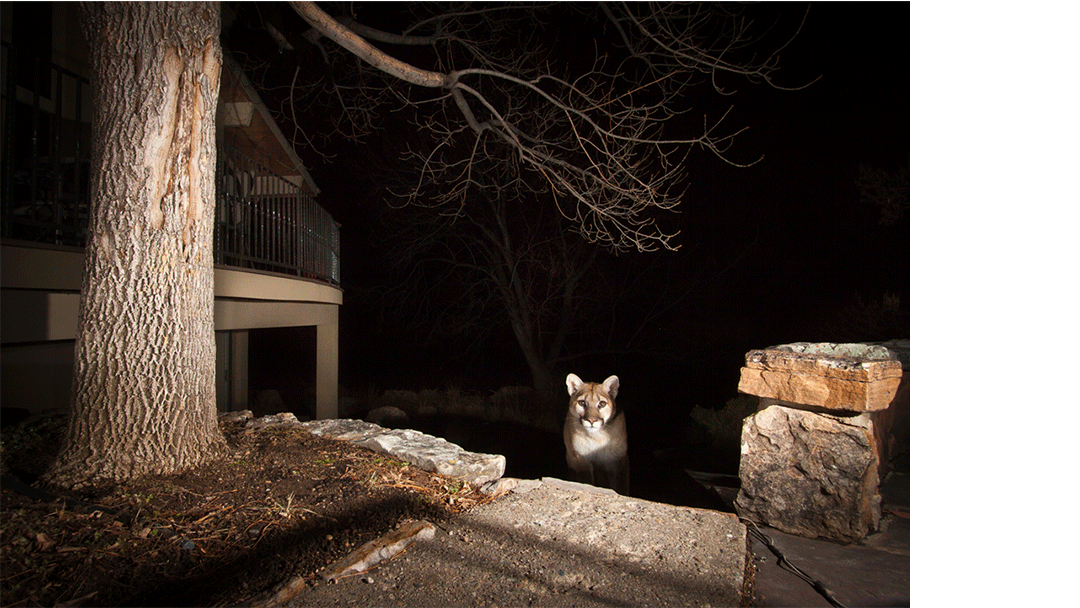 Boulder, Colorado records about 70 mountain lion sightings within city limits each year—likely just a fraction of the cats’ actual activity. This camera trap image pulls back the curtain on the secret world of urban wildlife and prompts us to consider what it means to live with a beast in the garden.

Resources for Women in Wildlife Photography